A Hotel on a Grander Scale 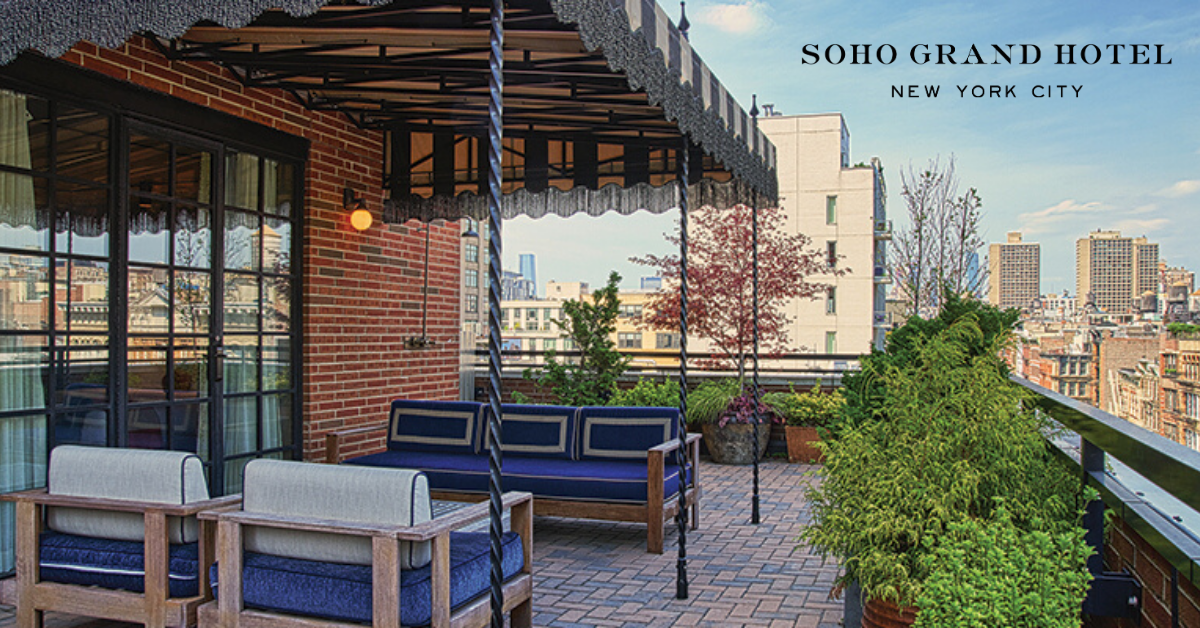 The Grand Dame of SoHo knows about being first. Soho Grand Hotel was the first boutique hotel in downtown New York, and our design has always paid tribute to the elegance of SoHo. Being first is grand, but staying in the lead is what makes Soho Grand. Just as SoHo has evolved into a sophisticated, internationally-known destination, our hotel has elevated with the times and the needs of our guests. Today, we’re excited to unveil our newly-renovated rooms and suites.

These rooms and suites continue the narrative of Soho and its rich history, blending design elements from the turn of the century to late 70s. Weave-covered walls are adorned with mid-century sconces and gilded brass mirrors. Ombre Roman sheers add a softness to custom millwork and industrial marble desks with cast iron legs. Bedside USB charge ports, electronic blackout shades and a 65” Smart TV with streaming capabilities epitomize modern convenience.

Furthermore, Soho Diner has also opened this year honoring the neighborhood by offering the simple pleasures of a New York five-and-dime with the spirit of the city’s current dining scene The modern 24-hour eatery pays homage to the great American dining staple: a place where every stripe of the community can have a quality meal with friends and family. Serving classics on the juke and on the plate, Soho Diner features an all-day menu of American classics, along with cocktails, natural wines and restorative, non-alcoholic beverages.

On Grand Street, the much barked-about Soho Grand Dog Park is open and ready to welcome your four-legged friends. Brought to life by renowned landscape designer Rebecca Cole, the new park has doubled in size and features fire hydrant water stations, bespoke benches, and a peaceful garden design. Sit, stay, and let your pup play.